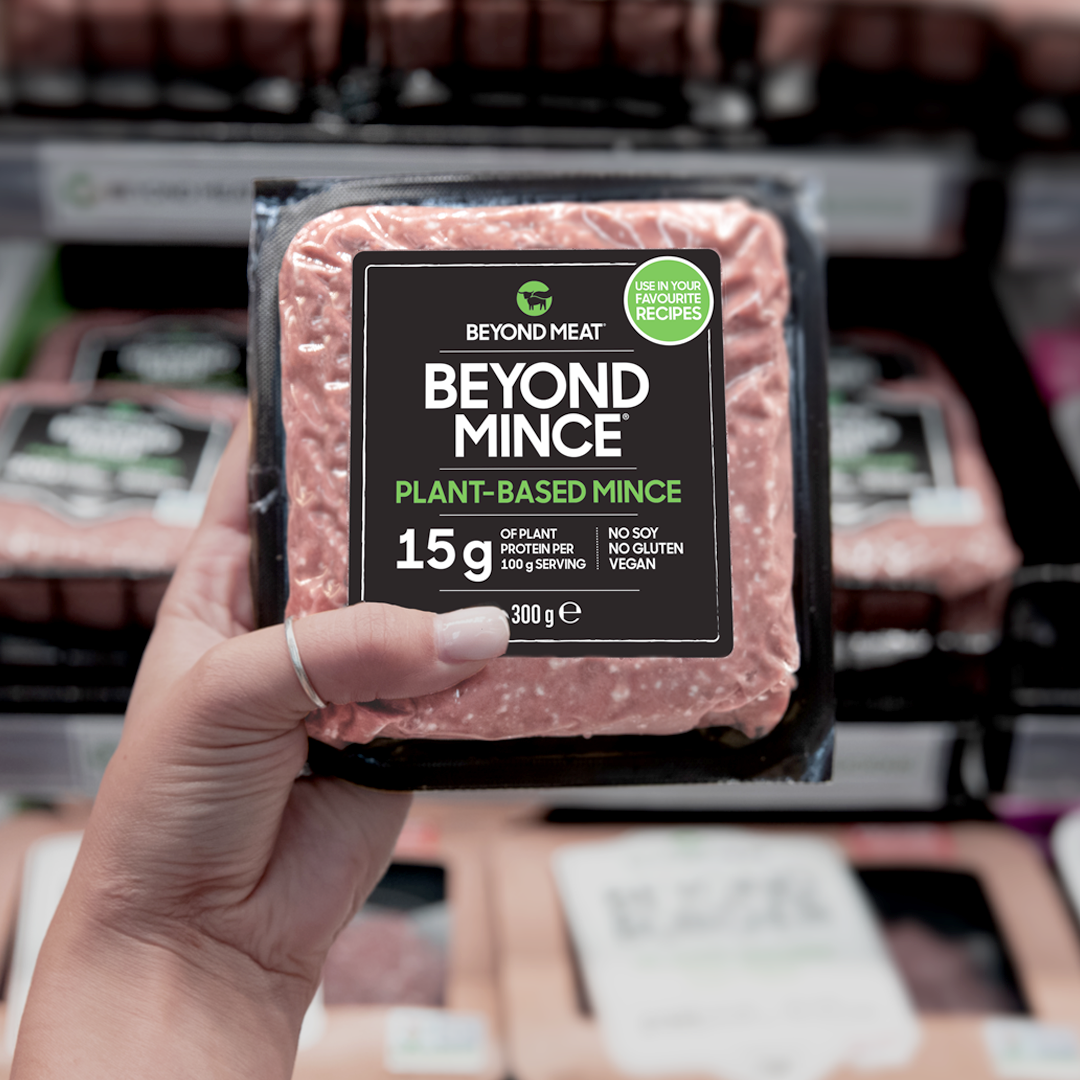 This spring, Beyond Meat products will be available in thousands of new retail locations in the United Kingdom, Germany, Austria and more

EL SEGUNDO, Calif., April 12, 2021 (GLOBE NEWSWIRE) -- Beyond Meat, Inc. (NASDAQ: BYND), a leader in plant-based meat, today announced significant product distribution expansion within thousands of European retail locations this spring. As Beyond Meat has grown its retail presence in the region, the European plant-based foods market has seen aggressive growth with sales increasing by 49% over the last two years1. Beyond Meat’s commitment to making products utilizing simple, plant-based ingredients without GMOs has enabled the brand to rapidly expand product distribution throughout the continent.

Beyond Meat products are available at approximately 122,000 retail and foodservice outlets in over 80 countries worldwide. The new product distribution in Europe includes:

United Kingdom: In April, Sainsbury’s is nearly doubling its distribution of the Beyond Burger® nationwide. This follows the launch of Beyond Sausage® in Sainsbury stores this past January. Waitrose also recently launched the Beyond Burger and Beyond Sausage. Between these two retailers, Beyond Meat is entering 445 new retail stores throughout the UK market.

Germany: Throughout April and May, Beyond Meat is expanding its product offerings in over 1,000 new German retail stores through Kaufland, Tegut, Famila and Real.

Austria: In April, Beyond Meat will expand product offerings at SPAR locations throughout Austria and will add products to BILLA and BILLA PLUS locations. The expansion will bring Beyond Meat products to a total of approximately 1,500 new retail stores in Austria.

Switzerland: This April, Beyond Meat will expand Beyond Mince® distribution to 155 Migros stores throughout the country.

The Netherlands: In March, Beyond Mince became available for the first time in the market through distribution at nearly 1,000 Albert Heijn and Jumbo stores.

With the recent development of Beyond Meat’s European product innovation Beyond Mince, the company continues its retail expansion focus in additional countries such as France, Spain, Belgium, Italy and more at prominent retailers such as Casino Group, Carrefour, Esselunga and Delhaize.

“These new and expanded retail partnerships throughout the continent serve as strong proof points that Europe’s appetite for plant-based meat and Beyond Meat products in particular is on the rise,” said Chuck Muth, Chief Growth Officer, Beyond Meat. “In fact, because of our strict ingredient guardrails, we’ve been able to more easily enter global markets including the EU to make plant-based meat options that are better for people and the planet more accessible to all.”

The move comes as part of Beyond Meat’s effort to meet consumers’ growing demand for delicious, nutritious and sustainable, plant-based meat made without GMOs or bioengineered ingredients. In a study conducted at Stanford University and published in The American Journal of Clinical Nutrition, researchers evaluated the impact of replacing animal-based meat with Beyond Meat’s plant-based meats over an 8-week period on cholesterol levels (including LDL), heart disease risk factors including TMAO levels, and body weight, and found improvement in key health metrics when participants replaced animal-based meat with Beyond Meat’s plant-based meat. The results of the Stanford University study complement the results of the University of Michigan’s 2018 LCA which showed that the original Beyond Burger, compared to producing a ¼ lb. standard 80/20 beef burger, has 99% less impact on water scarcity, 93% less impact on land use, requires 46% less energy and generates 90% less greenhouse gas emissions.

Beyond Meat, Inc. (NASDAQ: BYND) is one of the fastest growing food companies in the United States, offering a portfolio of revolutionary plant-based meats made from simple ingredients without GMOs, bioengineered ingredients, hormones, antibiotics, or cholesterol. Founded in 2009, Beyond Meat products are designed to have the same taste and texture as animal-based meat while being better for people and the planet. Beyond Meat’s brand commitment, Eat What You Love™, represents a strong belief that there is a better way to feed our future and that the positive choices we all make, no matter how small, can have a great impact on our personal health and the health of our planet. By shifting from animal-based meat to plant-based meat, we can positively impact four growing global issues: human health, climate change, constraints on natural resources and animal welfare. As of December 31, 2020, Beyond Meat had products available at approximately 122,000 retail and foodservice outlets in over 80 countries worldwide. Visit www.BeyondMeat.com and follow @BeyondMeat, #BeyondBurger and #GoBeyond on Facebook, Instagram and Twitter and @BeyondMeatOfficial on TikTok.

A photo accompanying this announcement is available at https://www.globenewswire.com/NewsRoom/AttachmentNg/1b2f42c7-80a4-4cc7-96e7-d30293ddbca8.